These are some of the questions I had while working on a side project on AWS. It turns out that users, groups, roles, and policies are core concepts of AWS Identity and Access Management (IAM).

IAM is crucial to the security of applications and infrastructures built on AWS. In this post, I would like to share my understanding of IAM and its core concepts.

IAM is an AWS security feature for managing access to AWS services and resources. These services and resources are not only accessed by human users, but also by non-human entities such as other services, instances, or applications. Therefore the term security principal refers to either a human user or such a non-human entity. AWS IAM covers both aspects of access control: authentication and authorization.

For me it was helpful to know for each of the IAM concepts, whether it is relevant to human users or nonhuman entities. This is summarized in the following table:

In IAM, permissions are defined in policies. A policy specifies what kind of accesses are allowed for which resources under what conditions. Policies can be attached to users, groups, and roles1. Attaching a policy to a user gives the user permissions specified in the policy. The implications of attaching a policy to groups or roles are discussed later in this post.

The example2 below is a policy that allows an IAM user to start or stop EC2 instances, but only for instances having an Owner tag with the value matching the user’s username. The DescribeInstances permissions are needed to complete this action on the AWS console.

An IAM group is a set of IAM users. The policies attached to a group define the permissions shared by its members. Group is a convenience feature for efficiently managing permissions for a set of users. Therefore, although policies can be directly attached to a user, it is a better practice to attach policies to the groups that the user is a member of.

The trust relationship is defined in the role’s trust policy when the role is created, as shown in the screenshot below, where the trusted entity can be either an AWS service, or a user (Another AWS account, Web identity, or SAML 2.0 federation). So a role is a container of polices, which define either permissions or trust relationships. 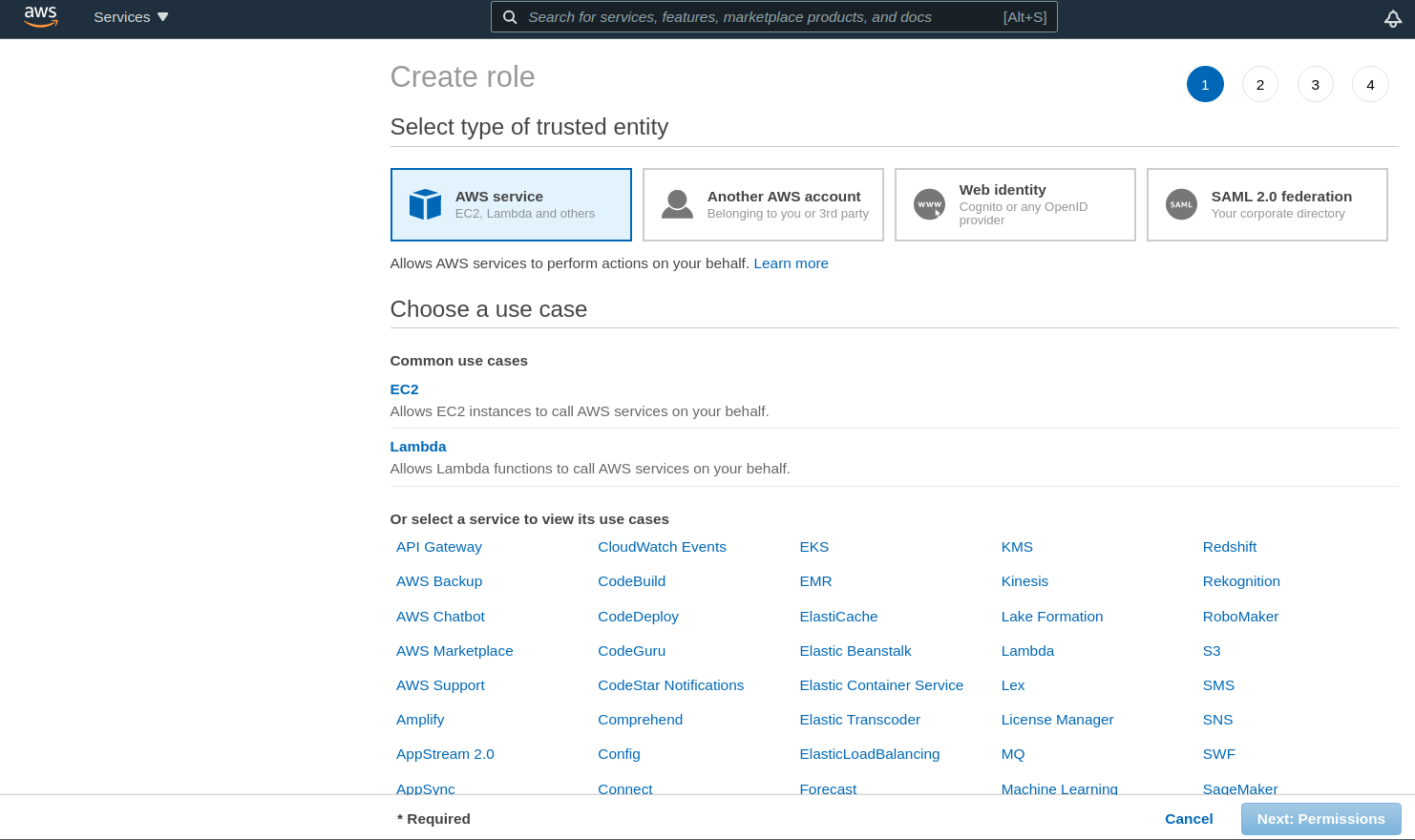 One can even use roles to delegate access between AWS accounts. To assume a role from a different account, that account must be trusted by the role.

It might be arguable whether instance profile is an IAM core concept – it is even not visible in the AWS console3. Nevertheless, it is a topic that one shall be aware of when working with EC2, which is no doubt a core AWS service.

Without instance profiles, the way of granting permissions to those applications is to deploy the access keys AWS_ACCESS_KEY_ID and AWS_SECRET_ACCESS_KEY on the EC2 instances. However, it is challenging to do so: the administrator would need to manage those keys, and the DevOps would need to make them available to the applications, e.g., by including them in the application configurations. The access keys are long term credentials owned by users, so groups and polices need to be set up properly. Key rotations and automatically launched instances make it even more complicated.

However, I still have an open question for myself and the reader: when launching an instance, would it be easier to directly specify the required IAM role, instead of indirectly specifying the same but via an instance profile, which corresponds 1:1 to the role?

How they play together

Let’s assume a set of permissions (for accessing some sample AWS service or resource) are defined in a policy p, which has been attached to a group g and a role r.

For an IAM user to obtain permissions defined in p, there are two options:

For an instance to obtain the same set of permissions, there are also two options: 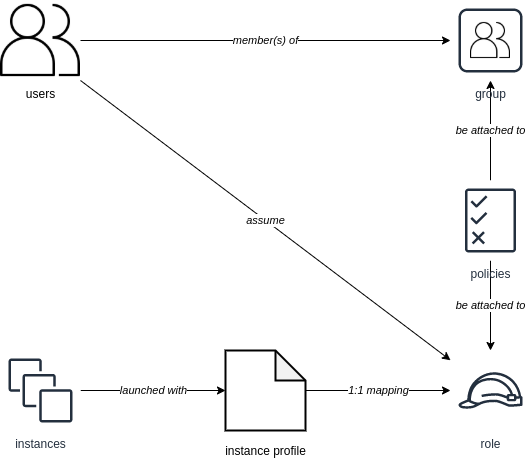 This post documents my understanding of IAM and some of its core concepts, their use cases, and their relationships. It cannot replace any AWS documentation – on the contrary – the official AWS documentation is the source of truth. However, the understanding from an AWS user’s perspective hopefully would be helpful for some other AWS users.